5 Labels Every Woman Should Invest In

The other day I chanced upon an article that suggested, “The 10 Labels every woman in her 30s must invest in”.
As someone who has spent enough time in the fashion industry, I am no stranger to such a list. Every fashion magazine and website is busy telling women what to invest in. What are the things that will transform their life. What are those must-haves without which they are incomplete. 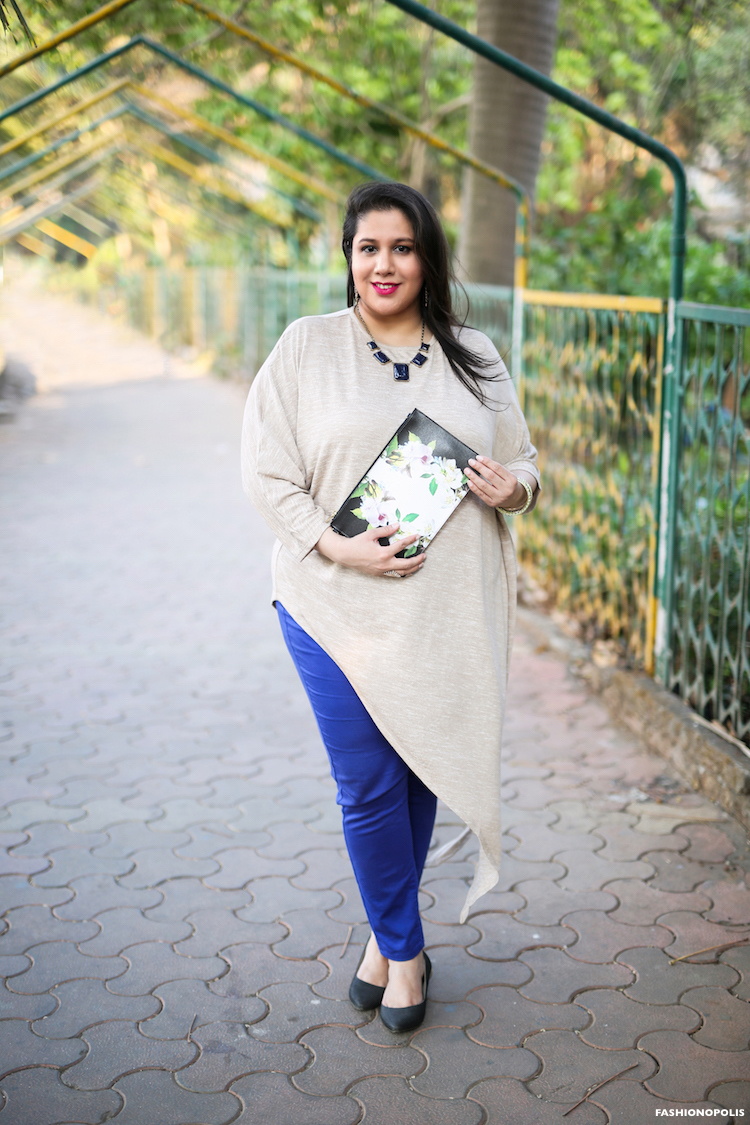 In celebration of International Women’s Day, I have decided to share a list of my must-have labels. I have worked very hard at compiling this list. It has taken me years to figure out which labels are the right match for me. Personally, I feel every woman should get herself well acquainted with these 5 labels and start investing in them. 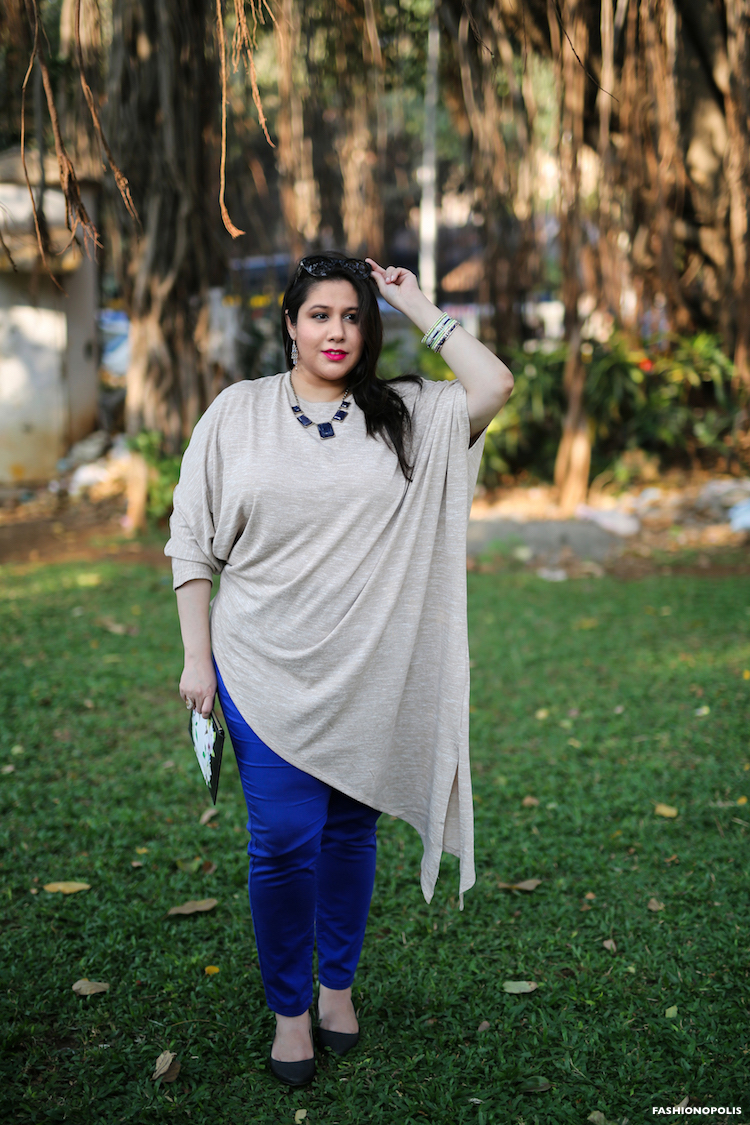 FEMINIST
I identify myself as a feminist.  I am blessed to be surrounded by many women and men who also identify themselves as feminist. Sadly, there are quite a lot of women and men who shy away from using the word “feminist”. Some find it too harsh, too complex and others think it is not inclusive. So they opt for generic terms like humanist and equalist.
I’ve heard enough people ask, “Why do you call yourself feminist? Why don’t you just say you’re a believer of human rights and equal rights for all?”

One of the reason some people shy away form using the term and/or identifying themselves as feminist is because it has the word “fem” in it. While you may dislike the word, remember, feminism started as a women’s rights movement that aimed to get equal political and legal rights for women.
Calling feminism by any other name would be doing a major disservice to what the movement stood for and the significant impact the movement has had on women and men’s lives.
Using generic terms like humanist and equalist instead of feminist is to deny the specific and particular problem with gender. It would be a way of pretending that it was not women who have, for centuries, been oppressed, marginalised and excluded. Yes, feminism is a part of human rights, but it is also very much about women’s empowerment and emancipation.

It’s the feminist movement that fought for women’s rights to education, vote, inheritance, to get an abortion, marry anyone of your choice, work and report rape. So while you enjoy your rights, not so long ago, most of them were just male privilege.
It was the feminist movement that worked at freeing women and men from the shackles of patriarchy and decided that women have had enough and will not be treated as second class citizen.
While most of them did not get to enjoy the fruits of their hard work, what gave them faith is that their legacy will be carried on. That the next generation will be a step closer to fulfilling their dreams and goals of gender equality.

For me, feminism is a way of life and I take great pride in calling myself a feminist. 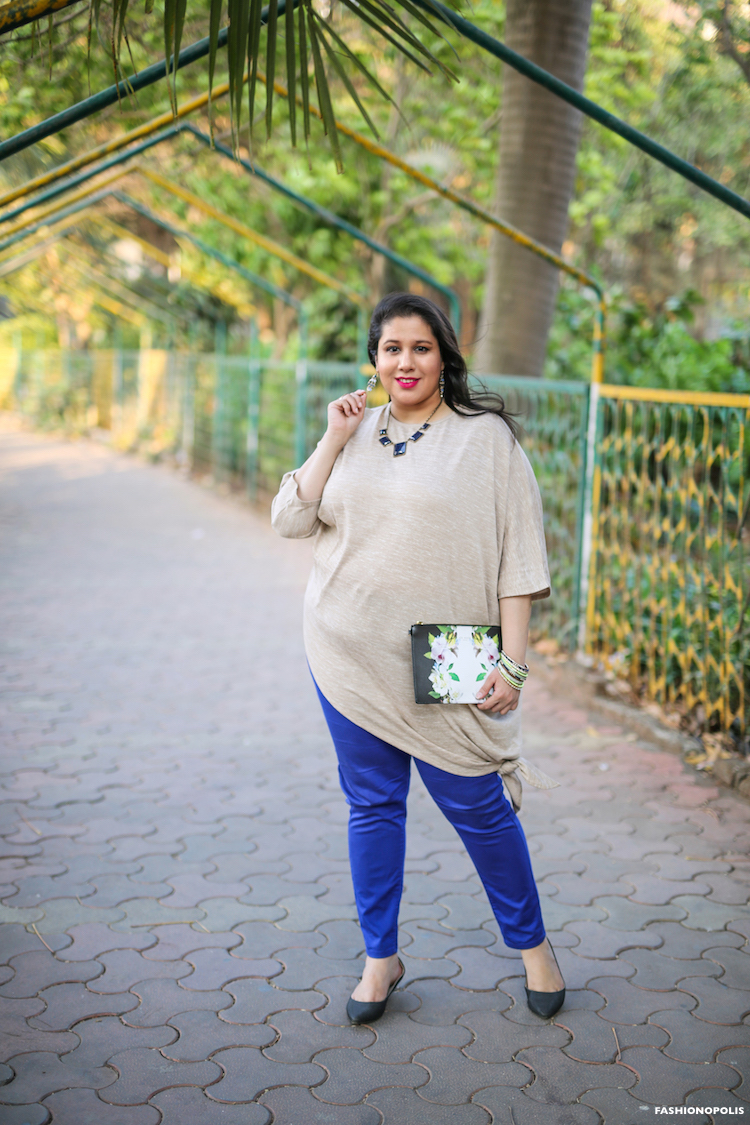 OPINIONATED
A guy once told me, “You’re very bossy woman, Amena.”
Back then I never understood why he used that one specific term to describe me. However, I was well aware that it was a pejorative term. Over the years I have noticed this term is often used for women who are extremely opinionated. Women who don’t shy away from asking for more. Women who raise their voices. Women who take up space and make noise. The reality is, nothing scares the patriarchal society quite like an opinionated woman who is not afraid to stand up for herself, her rights and call out what is wrong. A woman who is vocal about her needs and desires, who is not ashamed to voice her views, even if its an unpopular one. An opinionated woman is one who doesn’t hesitate to say no, is not shy of getting angry and demands what is rightfully hers.

Since time immemorial society has worked very hard at silencing women. Their views, feeling, and opinions were never really taken into account. And whenever a woman did raise her voice she was called names and silenced.
Thanks to the feminist movement, women now have a voice. They are free to express themselves. The more women freely express their views and opinions, the better.
Being an highly opinionated woman doesn’t make you a bad person or a diva or a drama queen, in fact, being a highly opinionated woman makes you a strong person. 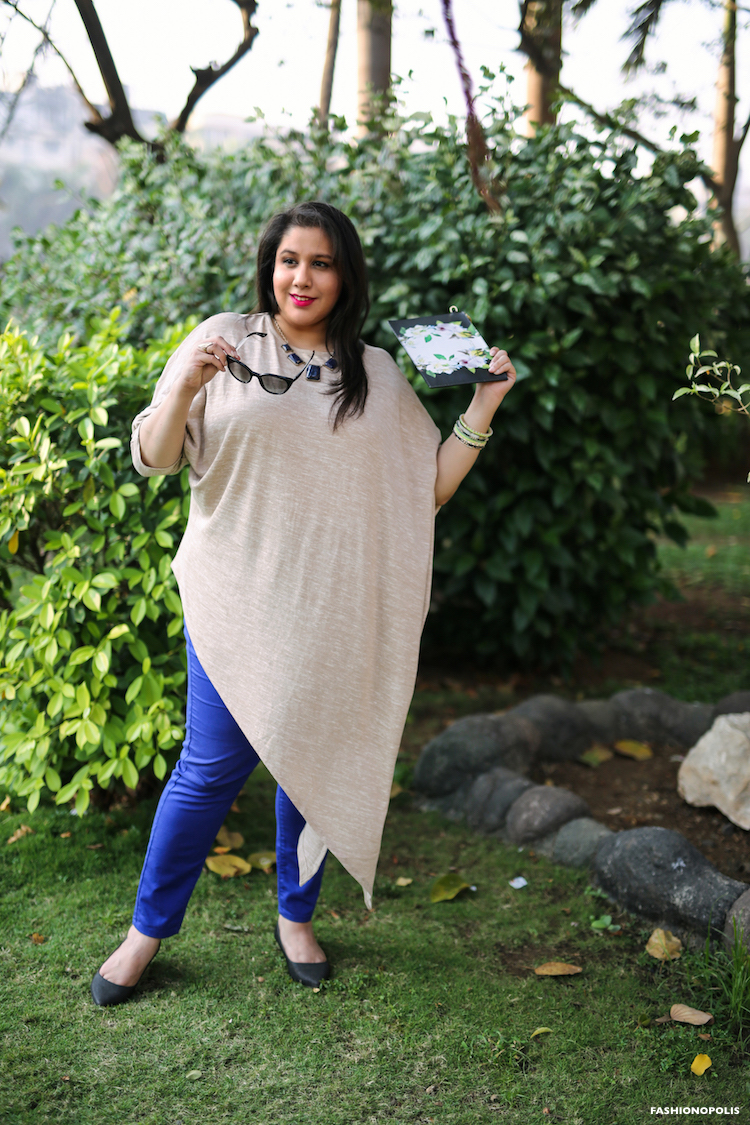 AMBITIOUS
Since we are little girls we are taught that we have limits. You can do this, but this is your limit. You can’t cross it. The limit is so ingrained in us that we normalise it. We grow up keeping that in mind. We are raised to believe at some point in life we need to compromise, adjust, and be more flexible.
We are constantly asked to shirk ourselves to fit in. Shirk our thoughts, views, bodies, ambition and desires. Being an overtly ambitious women is frowned upon. A woman who puts her needs, her career and wants before everything else is often shamed and called selfish for doing so. Instead of celebrating female ambition, we shun it.
Indian pop culture is full of examples where women with too much ambition are the “bad, other woman”, often depicted as the conniving vamp or characterless home wrecker.
This has to stop. Women should not be shamed for being ambitious. There is no such thing as too much ambition. We need to stop telling girls that having it all is a fairy tale. That at some point it is this or that, but never both.
We never tell our boys that too much ambition is a bad thing. Boys are taught to exalt, soar, climb and strive. They are pushed to excel, they can have it all and then some more!

We need to stop teaching girls to compromise, adjust and be more flexible. And encourage then to aspire for more. We need to teach girls not to be ashamed of asking for more. Wanting more. Demanding more. There is nothing wrong, shameful or selfish about having ambition and putting your needs and wants ahead of others. 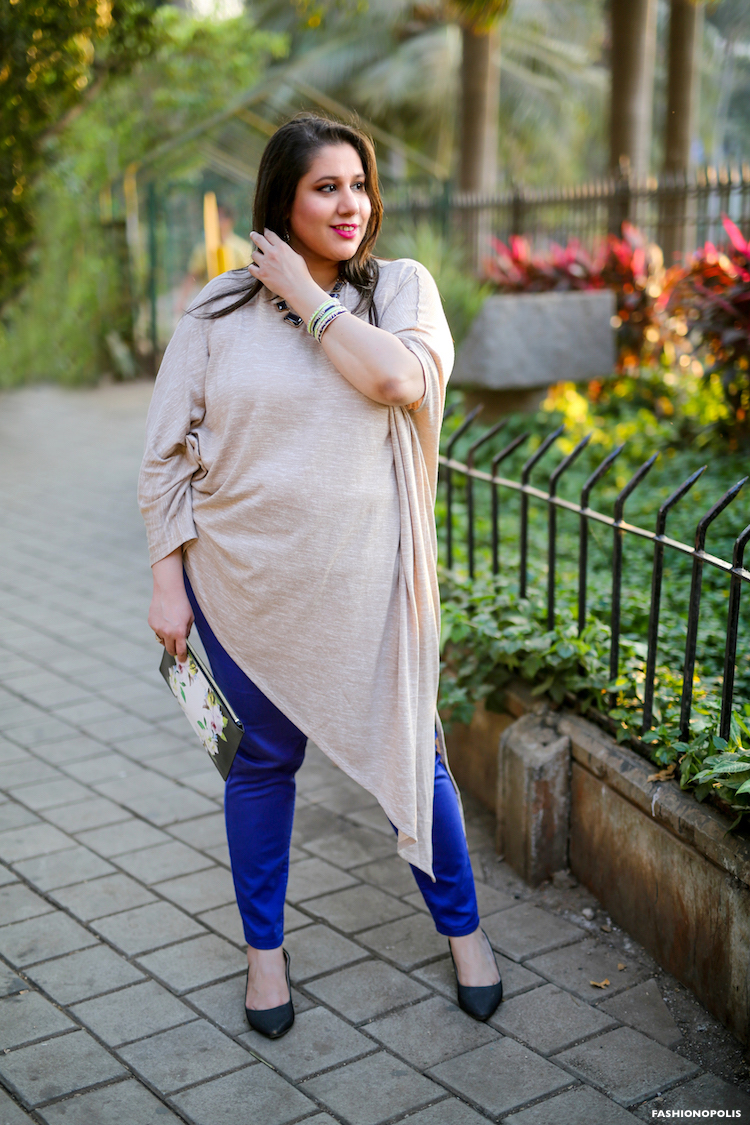 INDEPENDENT
For centuries women have been depended on the men in their life for everything. Not always by choice but because women had very little agency over their own life and body. From what to wear to whom to marry, all the decisions were taken by the men in their life. What women felt, thought or needed was never even taken into consideration.
With the advent of  the feminist movement, women were finally able to take control of their own life. Over the years more and more women have become self-reliant and independent.
From being financially independent to sexually liberated to emotionally uninhibited, women are finally in control of their own life and bodies. 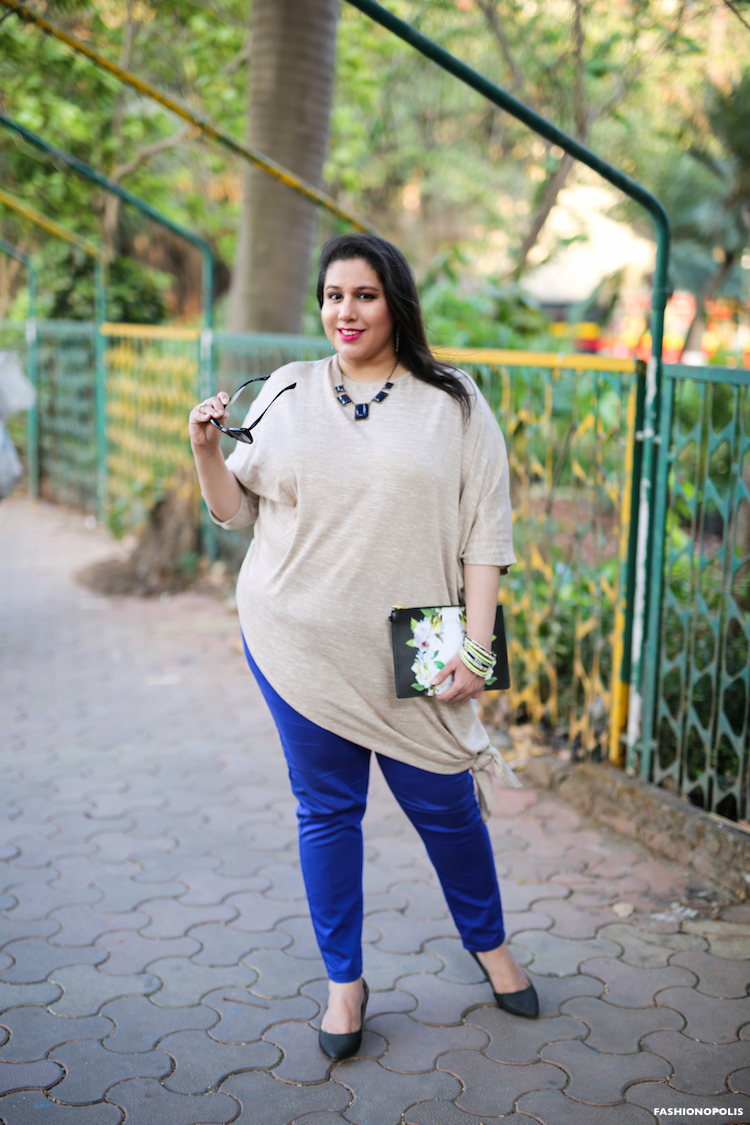 BODY POSITIVE
One of the most politicised things in the world is the female body. From what we should wear to how we should look to what we should do with our reproductive organs, everything is up for debate. For the longest times women have been told that to fit in they need to look a certain way, have a certain kind of body and speak in a certain manner. Anyone not conforming to these rules was always castigated. Over the years women realised these rules are nothing but patriarchal society’s way of controlling women and restricting them. Women soon realised that self-love and acceptance is key to women’s empowerment and emancipation.
Instead of hating the way they look women finally started embracing their bodies.
Body positivity is that radical notion that all bodies are good bodies. Bodies of all sizes deserve to be respected, loved and represented.
The body positive movement has worked hard at normalising all, especially non-thin, plus size and fat bodies that have been marginalised. The movement has opened up a new dialogue on self-love, fitness and eating-disorder. Most importantly, it is working towards a more inclusive society. 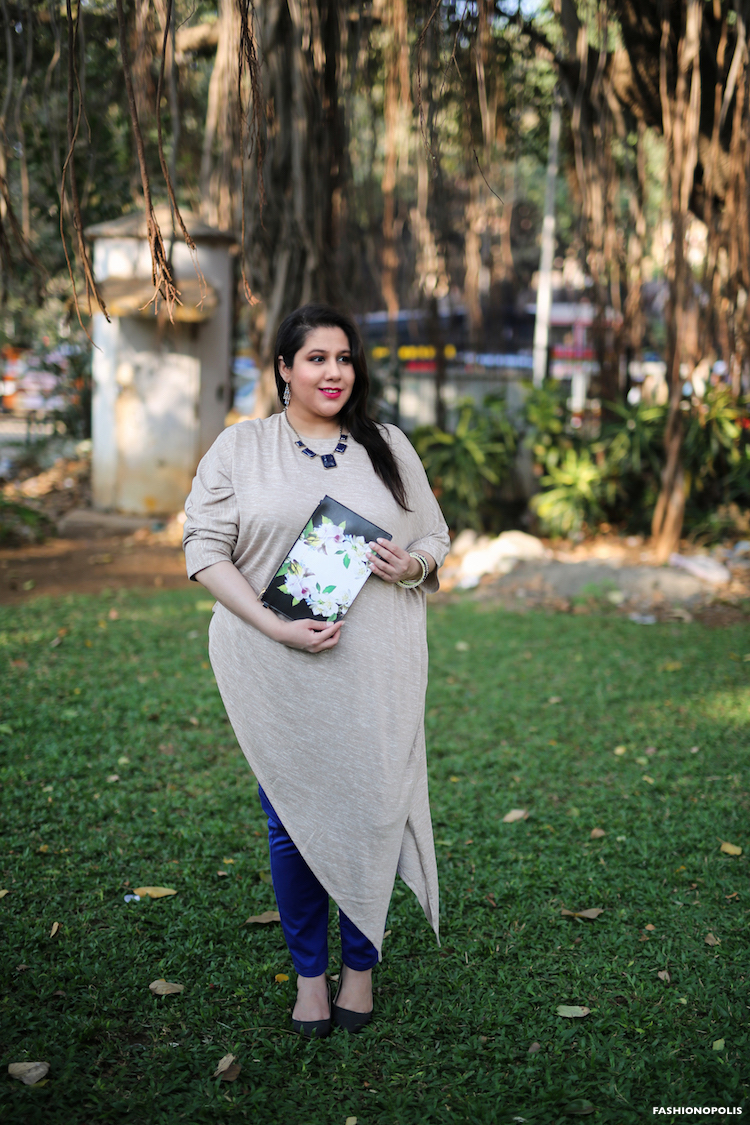 The term label often has a very negative connotation. However, I don’t think all labels are bad. In fact, many of them have a positive impact. For me, the above 5 labels are a part of my identity. They have contributed into making me who I am.  These labels function as positive affirmation that have helped me become a better and stronger woman.